German is in town! Dang, she called me on Tuesday that she would be landed at Changi Airport on Wednesday while i was on my way to Singapore for my job interviews. Fortunately, last minute notification means nothing to me, a world traveller. =) 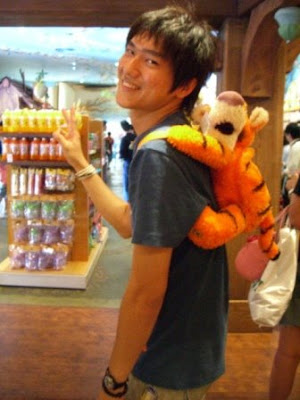 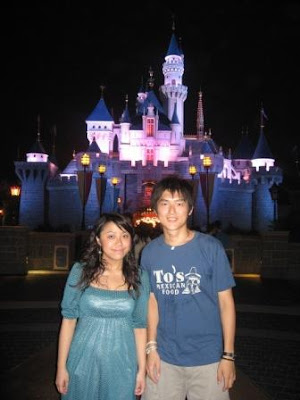 So the marathon is already started from 18 June 2008 until 22 June 2008. I actually am going to start working in July. Thus, i could accompany her for five days exploring the country otherwise i would not have time for her. Here are some of our old sweet memories. I knew this girl here 2 years ago. She showed me around with her friends when i was in Hong Kong in September 2006 and July 2007. This year she is coming to Singapore (though not my country), but i am still happy as she is going to be my FIRST TIME. Generally i was going to meet both my friends and online buddies in their countries and they showed me around. Now, it is the other way round. German is coming to see me besides having a short break before she will really start her new jobs in July (main purpose she flew to Singapore). Well, it is my turn to entertain her as she purposely took leaves just to have fun with me and her friends when i was in Hong Kong. German, welcome to Singapore. I basically bring her out for nice food everyday other than shopping. Wish she would like the authentic Singaporean food centre dishes. I will try to post up some pictures once i am back home next week. Please note that i dont have time to read your blog nor could i be able to reply the comments. But anyway, i will catch you guys next week. Have a nice weekend.
Posted by fufu at Saturday, June 21, 2008

hey let us know when u'll be stopping by KL. lets meet up for club =)

it's almost as foggy as some part of SF.

Bro, when u will start work ? I got received call from the new company Director, he may send me to Switzerland (The company worldwide HQ) for about 3 months product training. Wau, didnt expect this, hope can go there.

I think I can save money by visiting your blog to check out the scene around the world huh... so when and where you working?

Where are you working now?

beverly`s street : yeah HK is a nice country bet you would like it and summer sales is incredibly cheap, dont be insane ya!! lol

jamy : ok bring me to euphoria next time ya =p

tony : the parade? erm well if you buy me the ticket, i may go there have a look... never participate in those big event though

khoo : switzerland, cool!! winter is cool! you can go snowboarding there

rex : yeah wish you like my travelouges la, gonna publish them as a traveller book hohohoho =) i am dreaming...

yenny : ok sure i will let you gals know! i rather love exploring KL, what do you think? nice idea? never seriously see KL though

Exploring KL? Sure~
I don't know the way well, as i told you... but we have Jamy, her sense of direction is very much better than mine. :D
Haha, just let us know when. ;-)