** Hey guys, FuFu is now travelling around Latin America, if you wanna see his latest updates more often, go to his Facebook --> Search Lam Ching Fu. Or click the badge below. Thank you. ** 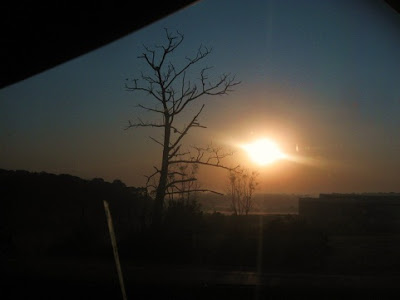 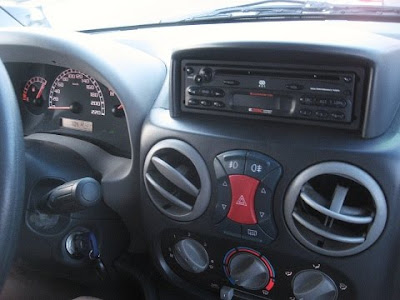 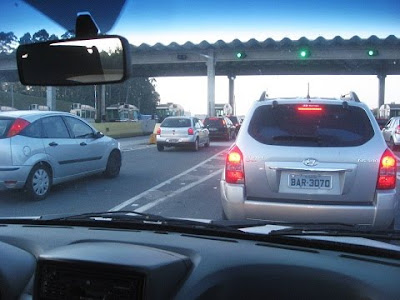 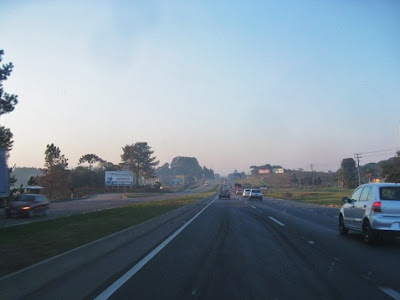 The highway heading to the south.

Hey what's up guys? Here is the video of the Brazilian BBQ.

It's a very typical churrasco (BBQ) here in South of Brazil. Generally, fire will be set up around pieces of huge ribs and then grill the meat at least more than 6hrs to naturally burn the fat away.

While waiting for the meat, we were drinking beer chit-chatting, playing around with the kids, women preparing food like different types of salads, rice and other dishes, some of the guys cutting down the young palm trees for the shoots that gonna be grilled and eaten with the meat.

After nearly 6hrs later, the party finally started. Ken-ichi, my host brother and his friends couldn't wait to cut the meat and guests surrounded the table for the meat. The meat was tender, juicy and sweet! Parents of my host are staying on top of a small hill in Barra Velha. Part of the forest is owned by them. The house has a huge living and dining area. There's 4 small houses around the main house for the guests. What a VILLA!

My host is a Japanese descendant. He and his brother (third generation) don't speak Japanese but their parents speak perfect Japanese. Hence i spoke Japanese with his parents and some other guests because my Portuguese is still very bad. They enjoyed the conversation with me because they had finally the chance speaking Japanese. LOL 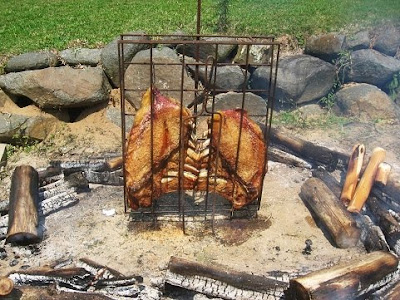 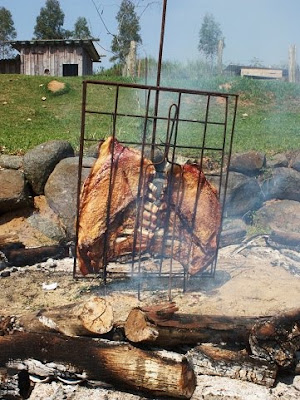 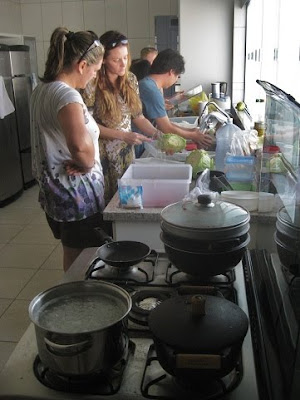 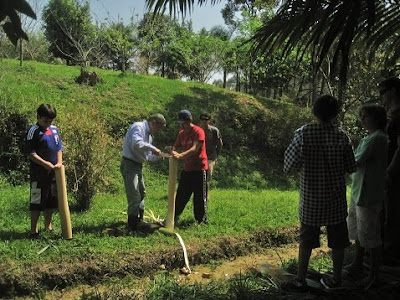 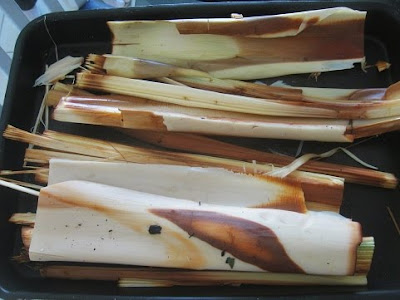 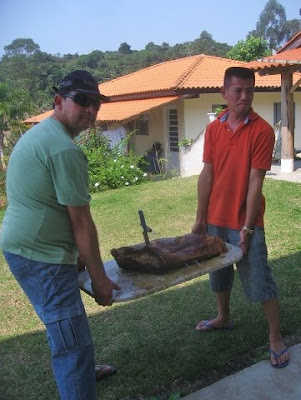 "The meat is ready to serve on the table!" 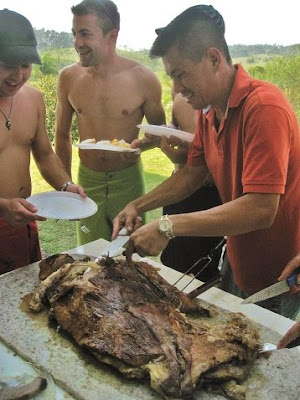 Everyone rushing the get the meat! 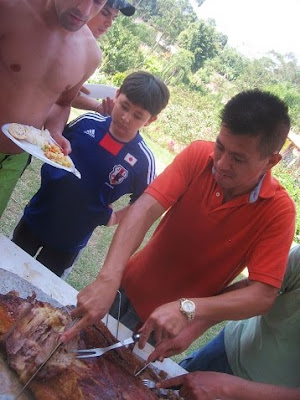 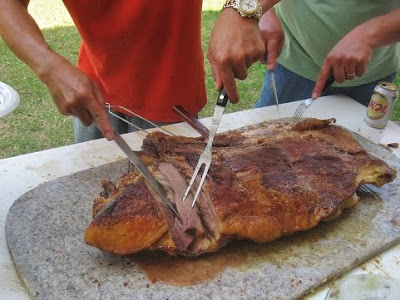 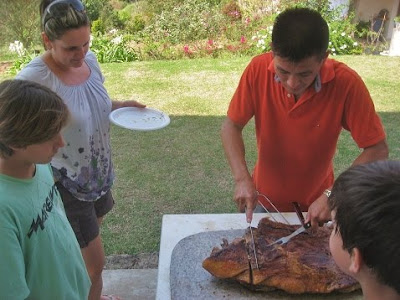 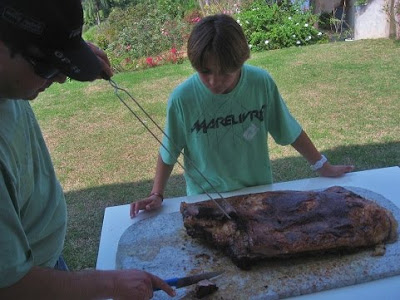 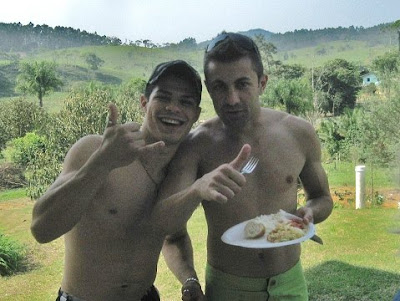 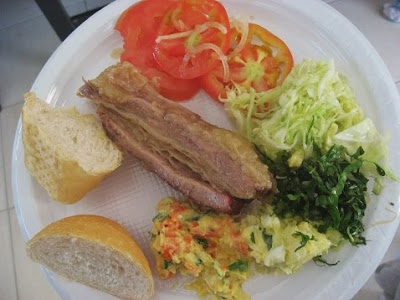 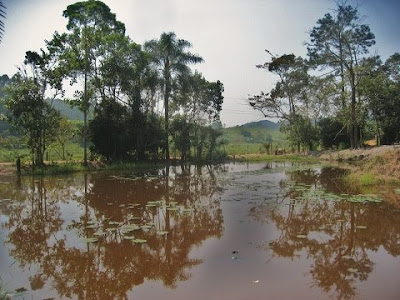 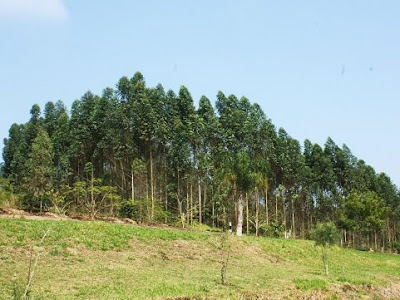 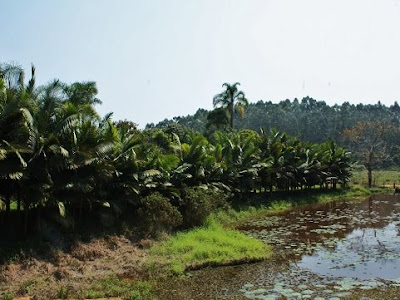 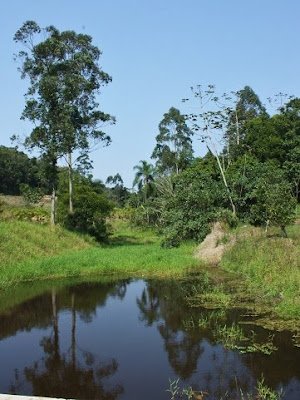 Grilled palm tree shoots? What do they taste like?

William : you are fast! well just like bamboo shoots :) lol or the texture is similar to sweet potato

Woooo, lots of meat! This is my kinda party!

Pete : hahaha you gonna make one party like this for me when i am back next year lol

wow, that's really a very "unique" kind of BBQ huh?? one big whole ribs roasted for 6 hours.. i think i still prefer our BBQ, with more variety of things to choose~~ :p

I actually saw this pics of yours in FB and made me crave for those yummy foods you got!.....

You have one of the good reflection taken.

different from the malaysian's style bbq...we have the chatting session after the bbq meal,but for the brazilian, this session started while waiting 6 hours for the meat...

Walau, that is really a huge BBQ!!! Wanna have a taste man!!!

That is fabulous... I learn something new about Brazil (i.e. the Brazilian Churrasco/BBQ - didn't know it took SIX hours to get ready or, more interestingly, how folks gather around to chat during that waiting time) and you again reminded me on the small bits of magic that happen when we travel (i.e. you speaking Japanese to your host's parents in Brazil).

It's a wonderful opportunity and you are making the most of it, my friend. Hurrah! :D

Looks oishii, bro! :P I wonder, how many languages do you speak? Must be at least 10, haha.