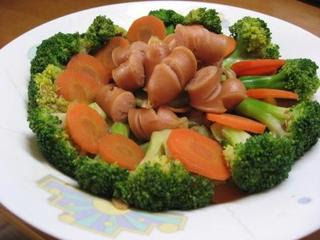 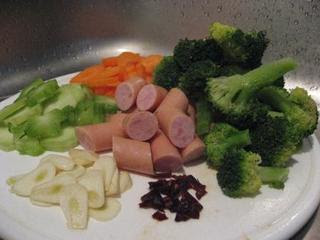 Method
1. Blanch broccoli in hot water to soften and still green but do not overcook.
2. Drain off water and put the broccoli on a plate.
3. Heat butter in a wok and fry B until aromatic.
4. Add in C and fry briefly.
5. Stir in A(carrot and broccoli stalk) and fry until heated through.
6. Add in A(broccoli). Stir-fry for 2 or 3 minutes until A is totally cooked but still crisp
7. Add D to taste. Dish out and serve with rice.

☆ Dont make the mistake of discarding the broccoli stalk. Even the thickest stalk can be used and is quite delicious. Simply peel the outside skin from the stalk and cut it into slices. Stir-fry with carrot. It is crisp, sweet, source of vitamin A and high in vitamin C.

Rating : 85%
(Dried chilli is a little bit hot. So you can fry with only garlic for method 3 if you hate spicy dish.) 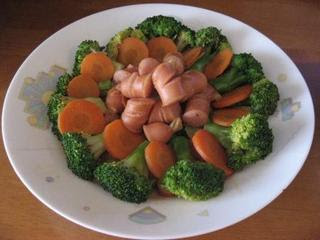 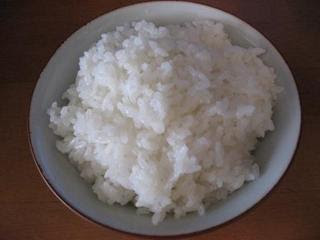 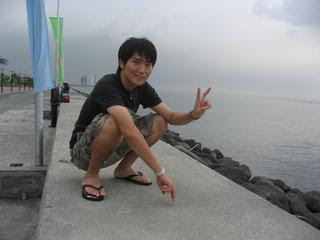 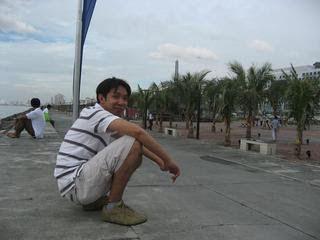 I met up one of my Osaka buddies, Anthony. His room was next to mine when we were staying at the dormitory. He used to be the supplier of nice DVDs on the fifth floor whenever we needed `it`. He was the one who never fails to give ton of laughters during the Japanese lessons. Though we hadnt met up each other after we graduated from the Japanese language school in Osaka, it was nice catching up everything not only about ourselves but gossiping our old classmates as well. It is nice to see him again in his home country. 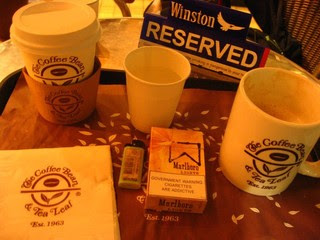 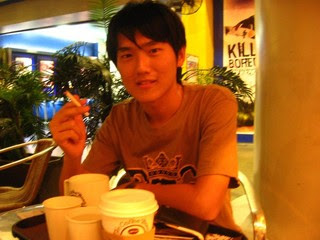 His friend Joel, who was also staying at the dormitory showed up later. He is still remembering me but i nearly forgotten his face. He was a postgraduate student and doing his research in Osaka University. 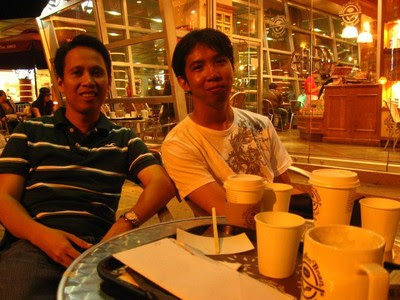 I enjoyed the night life in Manila. Yeah you would probably get bored if the pub or club plays bad music. Luckily Joel is a night life lover and he knows where to go. There i found that how outdated i was. That was my first time to listen to the song named Umbrella. Ella, ella, ella, eh, eh, eh... Lol. Damn i love this song and would like to dance again with the hot Philippino chicks. Also, i was brought to a famous Gay Bar in Malate area. Had heaps of fun there with Steph and her friends. 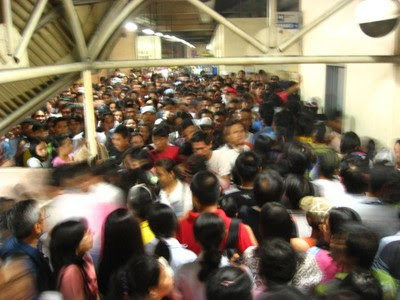 It was damn crowded during rush hour at a LRT station.

Well, i headed to Hundred Islands last Friday with Anthony and Vim, away the throat burning pollution and over populated metropolis of Manila. 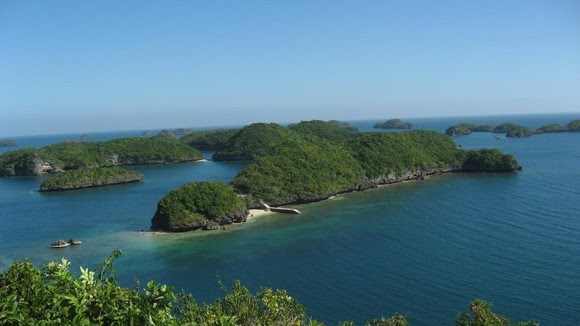 What an amazing view, taken on top of Quezon`s Island.

Phew, I was brought to the right place to stop my world for a while. Sparkling like diamond, the water gliten as the sun`s golden rays touch the pristen sea. The blue sky casts a bright gleam beneath, the spead of white sand shimmers against the stream that changes hue, from emerald green to turquoise and azure. 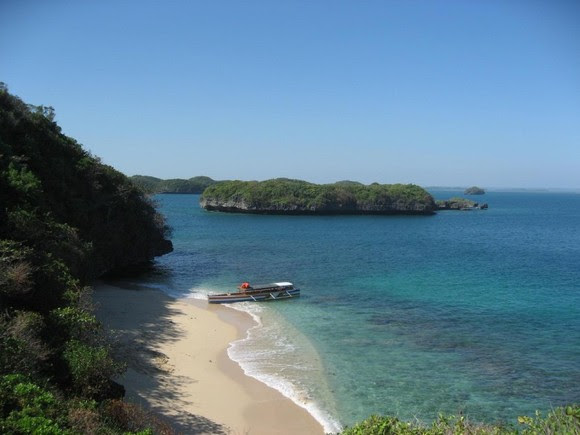 Taken on top of Governor`s Island.

We hiked up to a look out point that was overgrown with grass. The guide had promised a wonderful view of all corners on top of Quezon`s Island. Ancient gnarled trees lined our narrow path and we slipped on green moss as we made our way up. We were speechless when we reach the top. The stunning magnificent breathtaking view made us breathe freely there. We had some modelling snapshots over the blue of a clear and unclouded sky.


Modelling on top of Quezon`s Island. Anthony, Vim and FuFu.

Later, we were delivered to Governor`s Island. It was nice travelling during non peak season here as you could really enjoy an intimate experience and private holidays with only your friends or lover. There was only three of us cruising around the islands. Soak up the sun then swim in the waters the sea while leaving your things on the island without worrying about them being lost or stolen. 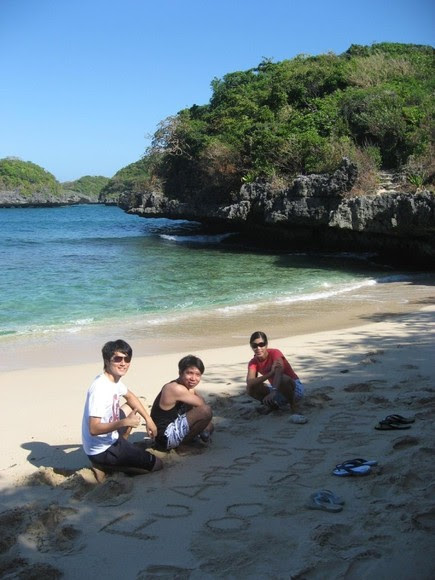 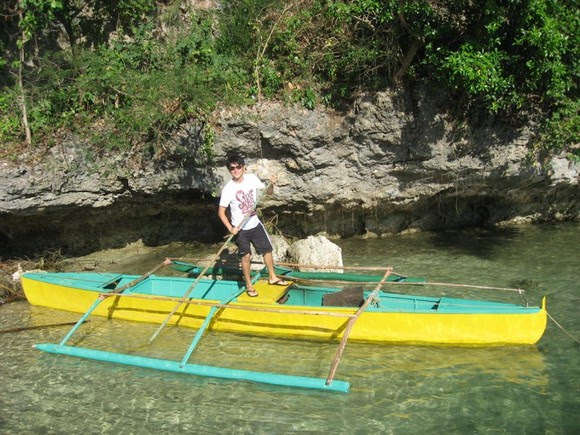 We stopped at a snorkelling site and threw our hot bodies into the cool sea. We ignored the tiny stings of small invisible jellyfish, just to enjoy the snorkelling, and then lie in the water and stare at the blue sky. Then we experienced the magical world of the undersea gardens at the most interesting dive spots, explore the secluded lagoons, colourful coral gardens and the giant clams of the Hundred Islands. It was nice swimming with schools of fishes. I saw group of little nemos chasing each others. I love snorkelling. Would like to try scuba-diving sooner.


After Sun, Sea, Sand and Spa, came the time for Snokerlling.