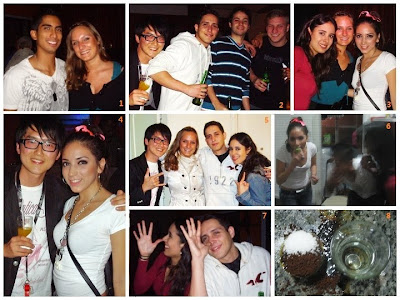 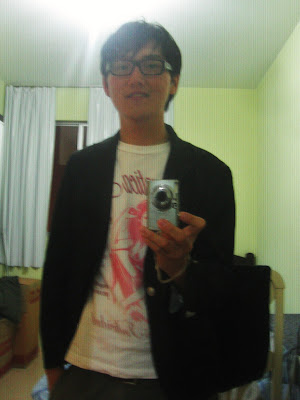 Getting ready to go out.

So i went to Mahatma Electro Lounge with my Mexican, German and Brazilian friends to celebrate my first month living in Curitiba. Well, the club basically plays Reggaeton, form of urban music that became popular among Latin American youth in the early 1990s. I enjoyed the music very much. But i got myself drunk after a glass of strong Caipirinha with maracujá (Brazil's national cocktail) and bottle of Heineken, also suffering a mild hangover till the next day. Also, i could only fall asleep until 7.30am because of the caffeine! 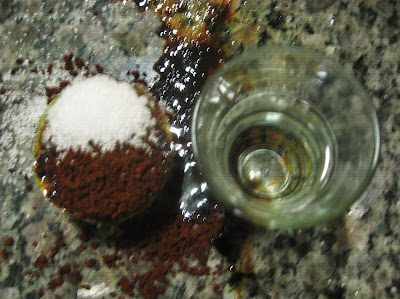 Before going to the club, i had two shots of Astronaut in my friend's house, to make us tipsy so we don't need to pay more for the expensive drinks at the club and also to keep us awake all night till early morning. Why Astronaut? Because after the shot you will walk like an Astronaut. LOL 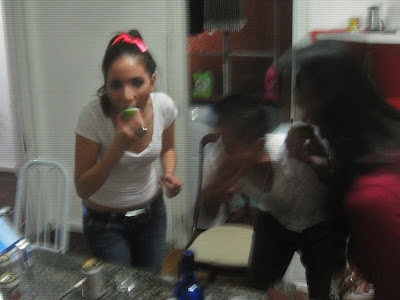 Well, it's a typical Mexican shot, Vodka with half of a lime with sugar and Nescafe on top. We put the lime into the mouth and squeeze its juice with Nescafe and sugar then hold it in the throat (see picture 6) before we ¡salud (cheers) the shots of vodka. This is kinda difficult. Next we have to immediately toss the shot of vodka and chase the sugar+Nescafe+lime juice back to the throat. This step isn't to choke on the drink but to simply drink the shot as fast as possible while minimizing taste therefore the motion will consist of quickly downing the contents of the vodka. 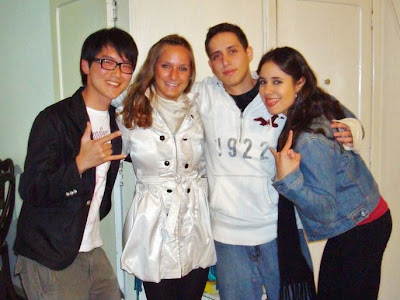 One picture before heading out.

Anyway my Mexican and German friends all danced pretty well. It's been a long while to have such good night since my last clubbing in Osaka, Japan with my classmates. Never had i enjoyed dancing so leisurely either. Surprisingly, you will automatically dance when you are tipsy. I like the feeling but not over the limit. Because i slept in a toilet room for about 20-30mins to get off the sudden "drunk". After that i continued dancing with friends and reached home at 5:30am while some of them were still dancing. Mexicans really party hard!! Unbelievable. 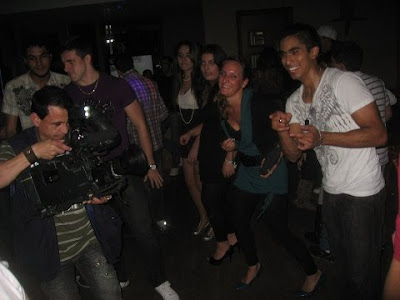 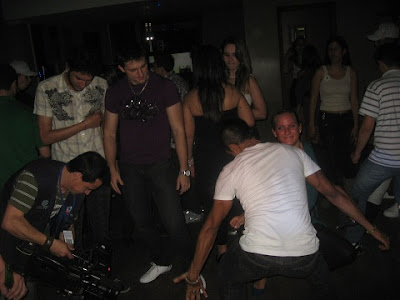 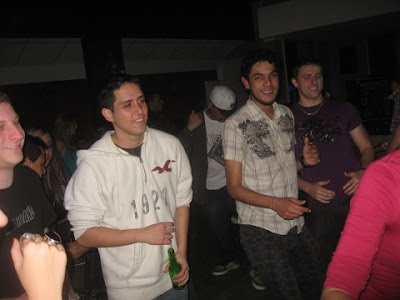 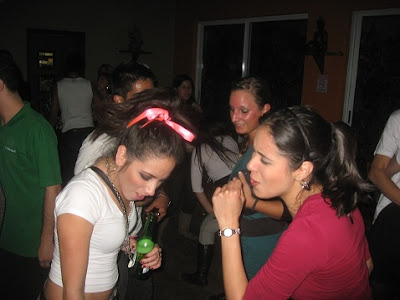 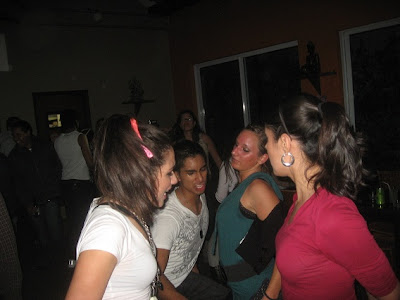 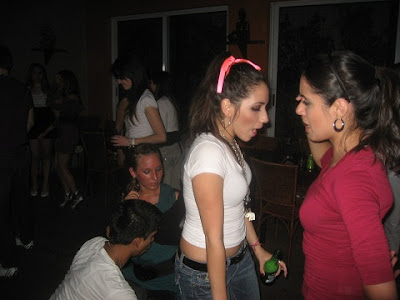 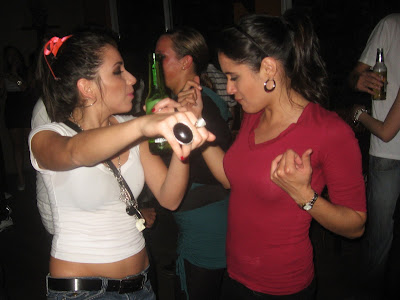 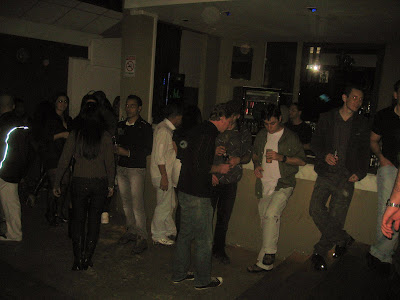 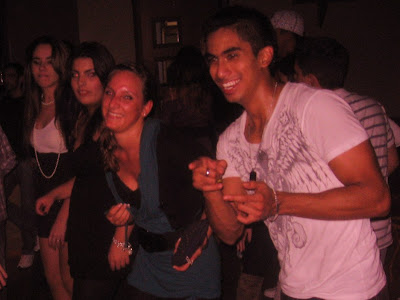 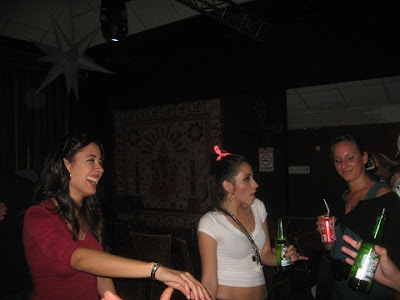 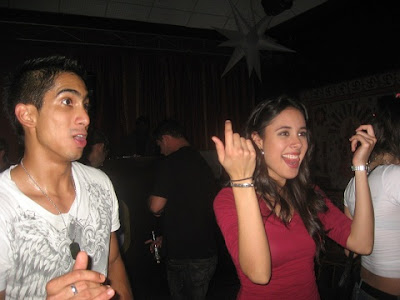 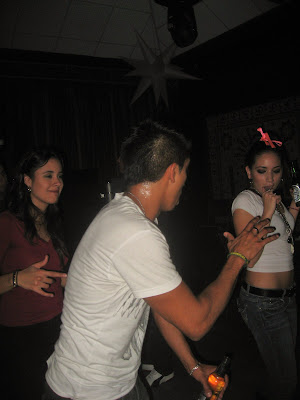 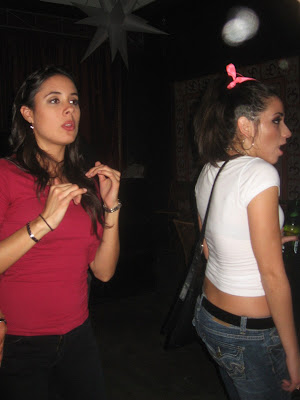 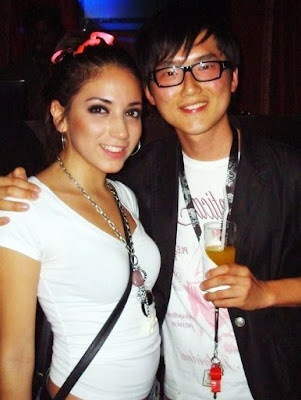 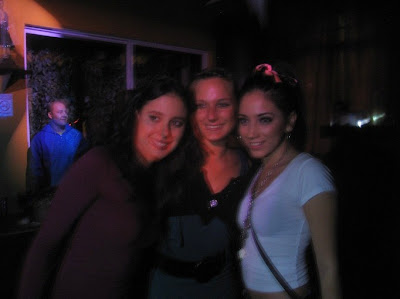 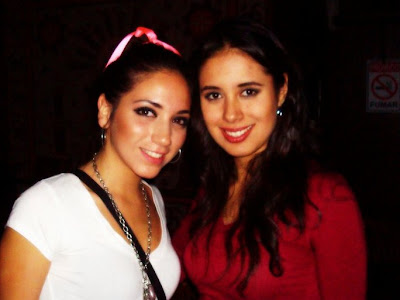 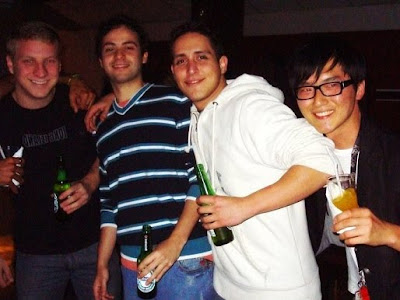 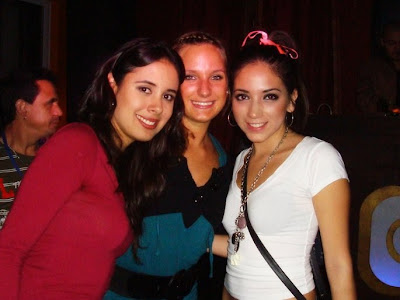 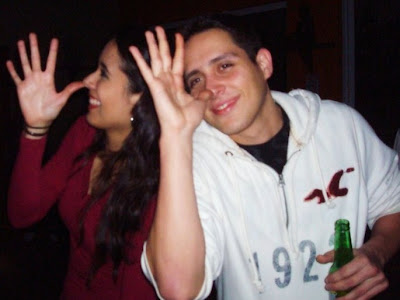 Check out the video for more reggaeton music!


Unfortunately, it's too dark.

Otherwise, you could have seen how nice my friends dance!

Wow, looks like you have a fun night! :P

I'll try the Mexican's Astronaut. It must be good！

嘿嘿 : i bet you can get there... but could make yourself ya

You look real dashing in your t-shirt and jacket, my friend! (And slightly drunk, too? Hehe.)

Those girls are pretty and sexy
hehe

Life for Beginners : haha yeah nice jacket i know but i look ugly when i am drunk, always >< will try not to drink now onwards... lol

Wah, cool man, partying away! Wish I was there too!

Pete : hahaa... yeah but once a while is alright... i dont like to party at night though...

Why your student exchange so long 1?

Sebastian Workshop : one semester 6 mths...from end of july and suppose to be until end of jan :) lol but i am going to extend till march for the carnival :)

wow, looks like you're having fun and enjoy mingling with the people there huh.. but coffee powder on top of vodka, kind of weird~~ :p

SK : yeah sugar+nescafe+vodka+lime :) hohoho i kinda like it though... anyway i am having as always ya XD


rainfield61 : yeah especially when i am tipsy... wahaha

Wow! Having good time there huh?

drunken master fufu, did u show off your drunken kungfu? haha!

London Caller : hahha yes! but not all アジア系 i would say... because most of my japanese, taiwanese, chinese from mainland china could drink a lot... just only me ><

Wowhaha! That was so fun~~~

mexican's astronaut...is my first time to hear about this...i think that this will not taste well,is it?hehe...but i like the name, coz after the shot you will walk like an astronaut...

micki : hehe but very tiring... lol i am getting old already ><


bluecloud : yeah mexican astronaut is nice :) you should try it so you know how it taste like ya...

Looks like you had so much fun. Enjoy life to the fullest. :)

Astronaut? Canornaut [can or not]!!! haha. Wow party all nite long yeah..

Gosh, the girls are cute. You're a lucky guy. Hope to see you kiss one of them ;) Be our hero, FuFu :P

I wasn't drunk since I was in a club in Batu Pahat. Unfortunately, it's wasn't like this here, hehe...

MKL : haha we are friends :) but anyway we are kissing each other... i mean the cheek for greeting :) well i think i wont get drunk again... it only makes me sick ><

That's not kissing, but regular greeting :)

I mean kissing where the hormones run wild :P

MKL : hahahaha but hard to kiss them without any good reason >< but well will do more kissing when i am back to malaysia lol

You had so much fun! You remind me of my clubbing days in Penang when I was your age. So wild and happy!