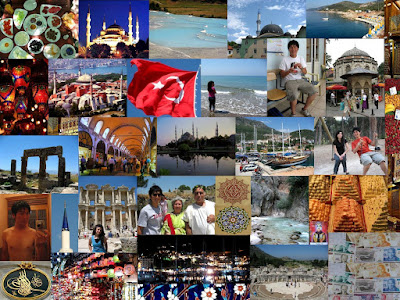 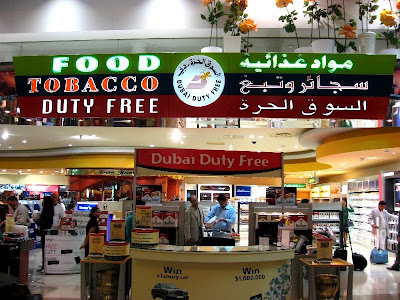 Stopped over at Dubai International Airport, i was able to see the Palm Jumeirah (in the shape of palm tree) from top, the world's largest man-made island and is touted as soon to be one of the world`s premier resorts. Dubai, the ultra modern city in the middle of the desert. Unbelievable transformation. I believe it would be an amazing place to visit few years later when all of the projects probably completed. 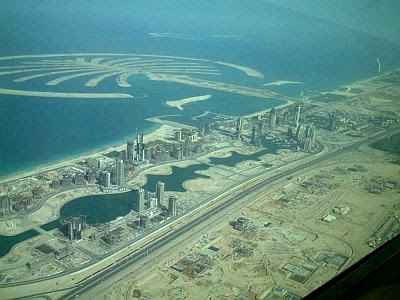 Emirates was safely landed Artaturk International Airport at 5.30pm. Met up my online buddy, Necla, her youngest sister, Sevda and mother in front the arrival hall. Went back their house by taxi. 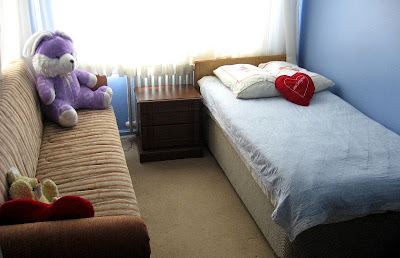 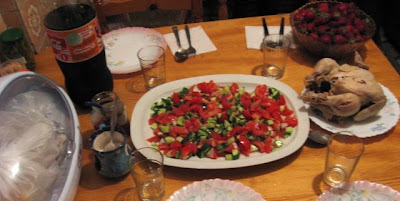 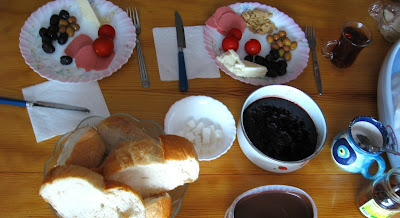 The next day, i woke up at 8.30. Breakfast was prepared by Necla. 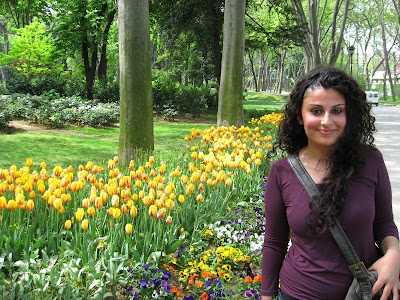 My friend, Necla is real a pretty girl. 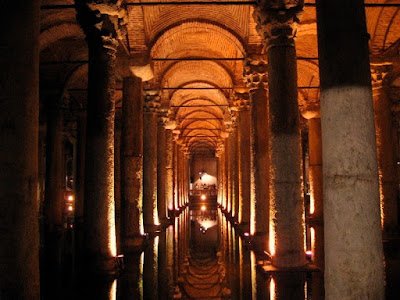 After breakfast, Necla and i took train to historical sites, Sirkeci, Istanbul. We first went to visit the Basilica Cistern, the largest of several hundred ancient cisterns that still lie beneath the city of Istanbul. Also known as Yerebatan Sarayi, it was an underground chamber built during the age of glory of Eastern Rome in the 6th century. 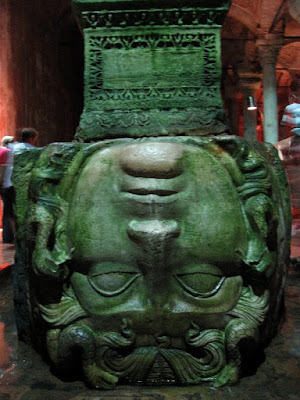 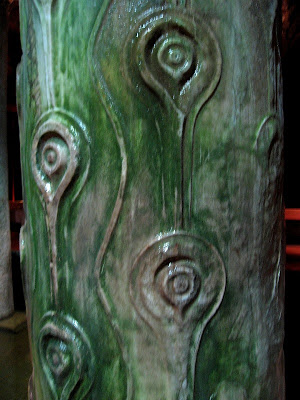 There are two mystery columns in this cistern. First is the Medusa head sculptures were placed at the base of the two columns; one of the heads is upside down, while the other is tilted to one side. It is accepted by scientists that they were placed that way deliberately. Another is the teardrop design column which believed is the teardrop design in memory of the slaves who died while building the cistern. 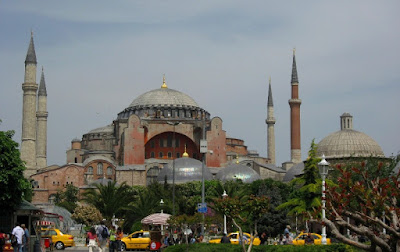 Later on, we went to Hagia Sophia Museum which is next to the Basilica Cistern. Hagia Sophia is known as Aya Sofya in Greek, built during Emperor Theodosius time but then it was burnt down. Emperor Justinian later ordered to build a new basilica and it had become the largest cathedral in the world for nearly a thousand years before it turned to the principal mosque of Istanbul when Mehmet the conqueror converted it into a mosque in 1453. 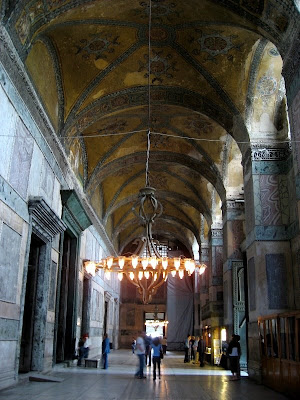 The corridor of the Imperial gate. 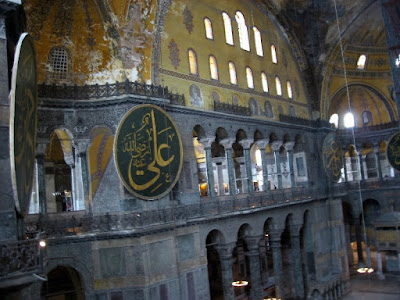 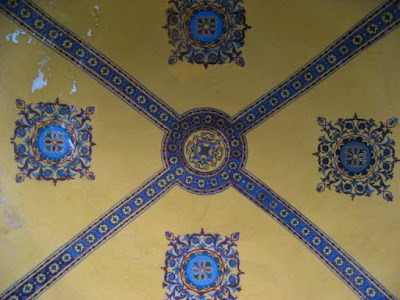 The decoration of the ceiling. 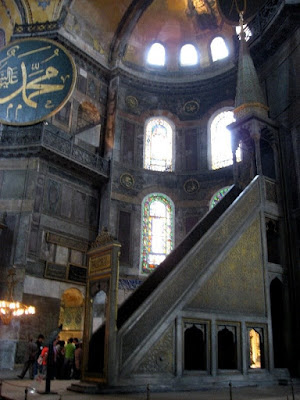 A mimbar in a mosque corresponds the function to the pulpit in a church. this is a line example of Ottoman period marble working craftsmanship. 16th Century. 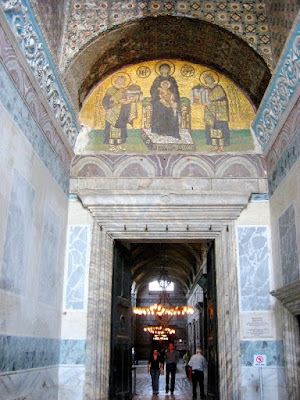 These mosaics are beautiful. Remember to look up or you might miss some of the mosaics. The mosaics were plastered over because the conqueror deemed them inappropriate for a mosque but which were restored later. 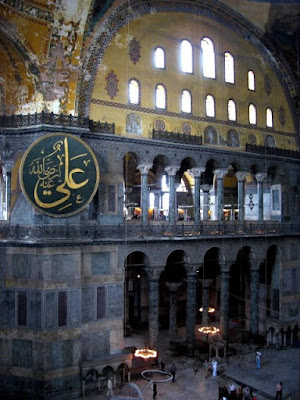 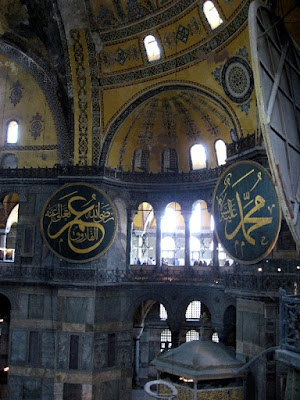 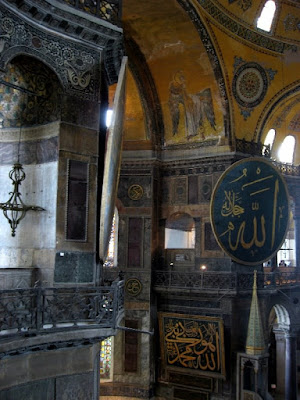 Dont forget to look around also when you are in the main hall as you will find four large medallions written in Arabic representing the names of Allah, Mohammed, caliphs Ali and Abu Bakar. 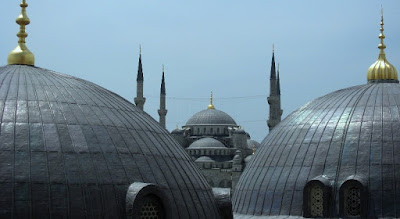 Hagia Sophia is real huge. We spent couple of hours just looking at its great architectures. We had lunch at a very nice restaurant situated at Hippodrome (Sultan Ahmet square). Staff was funny and food was good. 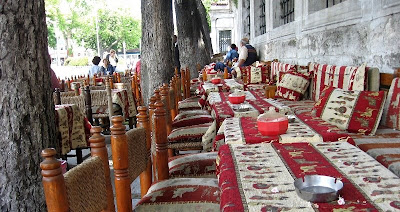 We then walked towards the main entrance of the Blue Mosque or also known as the Sultan Ahmet Camii. The Blue Mosque faces the Hagia Sophia. Two excellent buildings within sight. 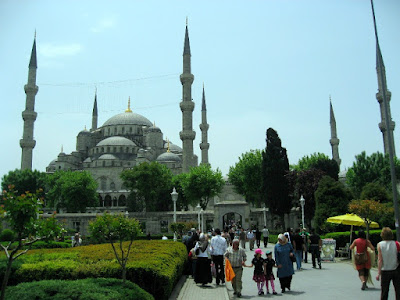 The Blue Mosque is an active and historical mosque in Istanbul. It is one of the two mosques that has six minarets (beautiful in its proportions) and has become one of the greatest landmarks of Istanbul with its traditional Islamic architecture. Shoes must be taken off to visit the mosque and a proper attire is a must. However, if your clothes are deemed improper, you will be given a cloth to cover yourself, so no worries. 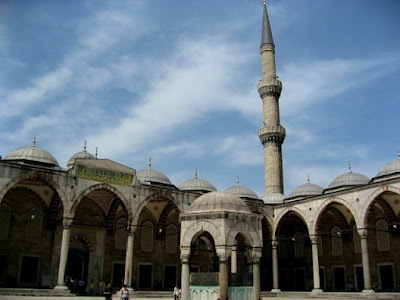 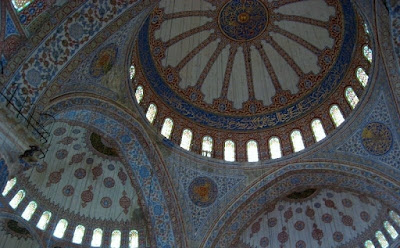 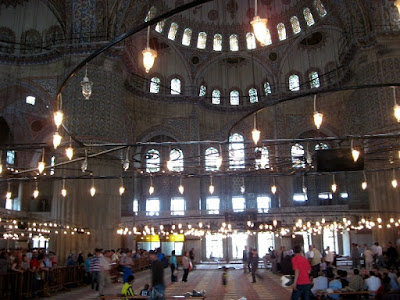 The wide view of the mosque. 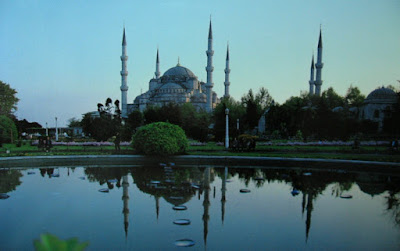 Look what we had done in this whole day. Three major tourist destinations, we were real exhausted. Yet when we reached home, Necla`s mother invited me to stroll along the Sea of Marmara (right two blocks in front of the apartment) before dinner. 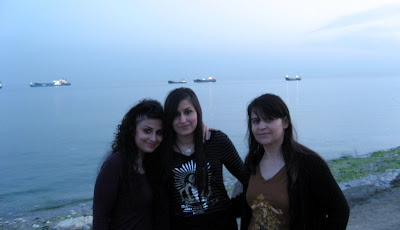 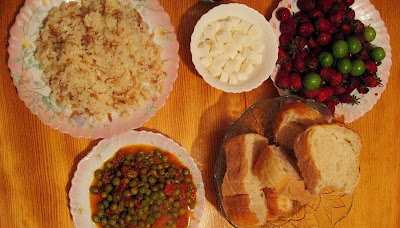 Dinner was cooked before we go out. We had Turkish pilafs and fasulye pilaki (bean cooked with garlic, tomato paste and olive oil).
Posted by fufu at Monday, June 16, 2008

Email ThisBlogThis!Share to TwitterShare to FacebookShare to Pinterest
Labels: Turkey

so envy that u can go sooooo many places travel... ^^

everytime after view ur blog, u makes me feel like quitting the job and go travel

A beautiful place to visit... you are so lucky... r u on facebook?

jiani, me also envy him...
dont know when i will gain my opportunity to go kai kai like him...
haa....

Ya bro, got ppl suggested u write ur own book then sell to the public,I think that's good idea, I can help to write some articles in your book, if can earn money then u give some to me lar.. :p

nice blog ya =) turkey is added on my itinerary list thanks

jiani : you can travel around also ya

tony : turkey is so great... facebook? only for certain group of friends

字言字語 : go kai kai?? anyway everyone of us has different life, light up yours ya!

khoo : lol well i will need your help in Mandarin part =)

rachel : you gotta go visit turkey if you had a chance lol

yenny : ok sure! but please la support me, buy and not ask for free

Yes yes...
Eh, why did you reply in English and not Cantonese one? @_@

i kno many frds from different country,i would like to travel around the world and visit them.

i hope i can do it in somedays.

wahcheung : wow wish you real could visit your friends ya one day! erm but before that you shall stay in touch with them ok? all the best =)